Revolutionizing the World: The Russian Revolution at Its Centenary, 1917-2017 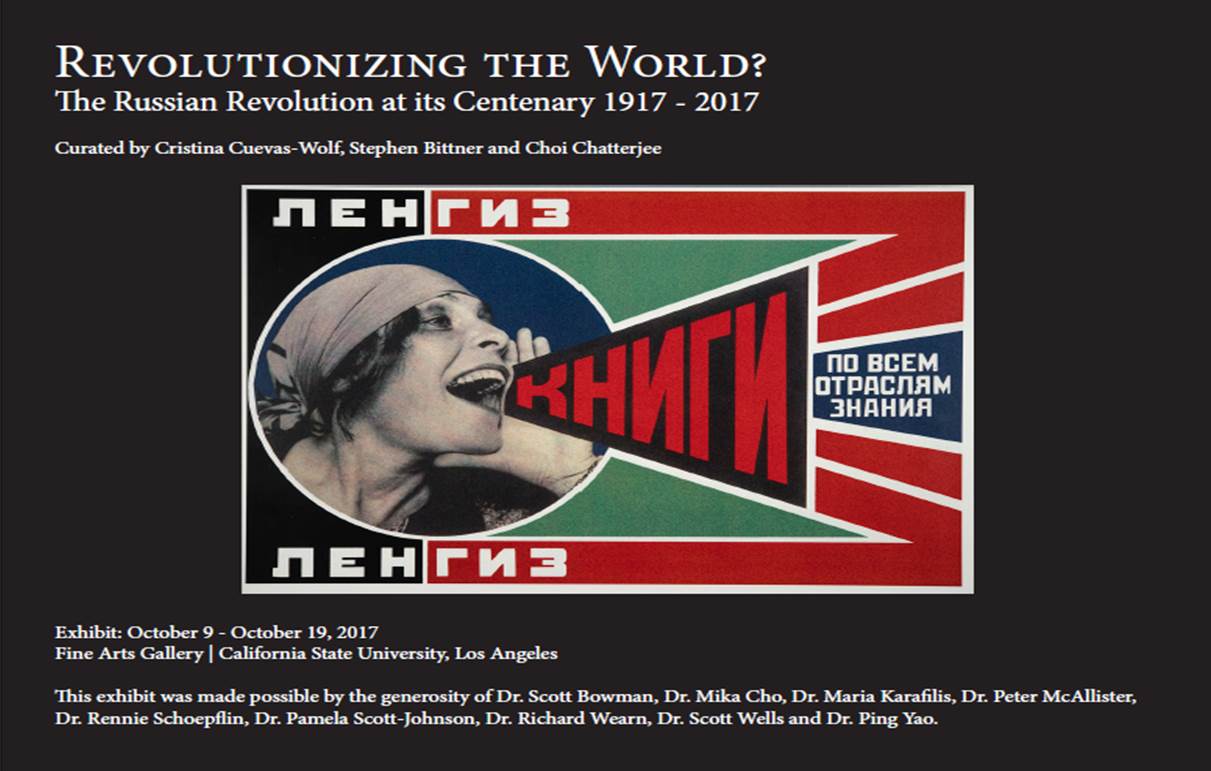 The exhibition features an extraordinary collection of art and cultural arti-facts from premier cultural institutions in California: the Getty Research Institute, the Wende Museum of the Cold War, and the Center for the Study of Political Graphics. It starts with a display of new media and radical aesthetics used to com-municate ideas about equality, solidarity, and individualism that evolved during the revolutionary years of the Russian Revolution. It has two visual trajectories: one composed of artistic representations of 1917 and its subsequent commemorations in artifacts and ephemera designed for 50th, 60th and 70th anniversaries. This part of the exhibition ends with examples of sots-art and conceptual art from the period of Glasnost and Perestroika in the 1980s when dissident Soviet artists used their fero-cious imaginations to challenge the communist state. They satirized communist leaders such as Lenin, as well as the aging conventions of socialist realism that com-pelled Soviet artists to produce state-sponsored propaganda.

The second part of the exhibition represents the political impact of the Russian Revolution on the visual culture of the non-communist world. While the original ideals of communism lost meaning within the Soviet Union due to censorship and repression, they played an important role in the development of global political movements. Feminists, youth groups, labor movements, environmentalists, anti-imperialists, and advocates of a global multi-racial future mined the canon of the Russian avantgarde together with socialism, communism, and anarchism in search of ideas about a different world. Posters from United States, Asia, Africa, Latin America on the themes of solidarity, women, education, anti-imperialism, and youth, testify to the global percolation of these ideals and their relevance to progressive politics today.