On June 21-23 the V International Conference in Memoriam Professor Leonid Andreev “Facets of the ХXth Сentury: Literature and Revolution-2017” took place at the Philological Faculty of Lomonosov Moscow State University. At the conference sessions, presentations on American studies and Soviet-American contacts were broadly represented.

Here is the Program of the Conference in Memoriam Professor Leonid Andreev “Facets of the ХXth Сentury: Literature and Revolution” — english; russian.

Irina Kabanova’s report was dedicated to the figure of Maurice G. Hindus and his place in the English-language Literature on Soviet Russia of the 1920-1930s. Olga Ushakova turned to the issue of the Russian Revolution in The Criterion journal, considering its mythology and analytics. Elena Dotsenko’s report gave an interpretation of the paradoxes of Russian history (from "Bolshevism" to "perestroika") present in Tony Kushner's plays. Mikhail Oshukov presented the view of E.E. Cummings on the Russian revolution, analyzing his travelogue EIMI ("I am"). The speech of Kathryn Anderson Baldwin, the American participant of the conference, concentrated on the concepts of revolution and racial imagination in the Soviet prose of Langston Hughes. Lyudmila Fedorova analyzed that what is “ours” and that what is not in the Soviet writers’ American travelogues. The image of Harlequin and the cause of the revolution was investigated in Olga Polovinkina’s report, where special attention was paid to T.S. Eliot's work. Mikhail Gudkov reconstructed the history of the stage productions of the first Soviet plays on Broadway.

On June 23, within the framework of the conference, the American panel discussion was held, where four key topics were considered: Olga Nesmelova made a presentation on the "Revolutionism" of the US writers according to Soviet Americanists; Victoria Popova traced the evolution of Waldo Frank’s perception of the Russian revolution, Elena Yushkova considered the image of Isadora Duncan in Soviet criticism and journalism of the 1920s. Olga Panova highlighted the image of the New Russia in the correspondence of Ruth Kennell and Theodor Dreiser in 1928. In the section dedicated to the literature of the Spanish-speaking countries Elena Ogneva considered the Cuban revolution novel and Alejo Carpentier’s The Rite of Spring, while Anastasia Gladoshchuk’s report concentrated on Mexico in the spectrum of the Surrealist Revolution. 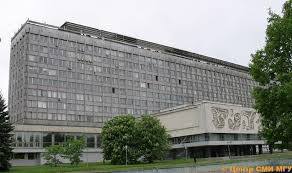